My friend, colleague, and collaborator in all things good at Wheaton College, Dr. Lynn Cohick, and her former student Amy Hughes have written an important and timely book on the role of many key women in church history in the second to fifth centuries (Christian Women in the Patristic World: Their Influence, Authority and Legacy in the Second through Fifth Centuries [Grand Rapids: Baker Academic Press, 2017]).  It has just been published and I’ve had a chance to read through much of it in digital form.  I’m looking forward to getting my SIGNED copy when I return to Chicago in a couple of weeks. 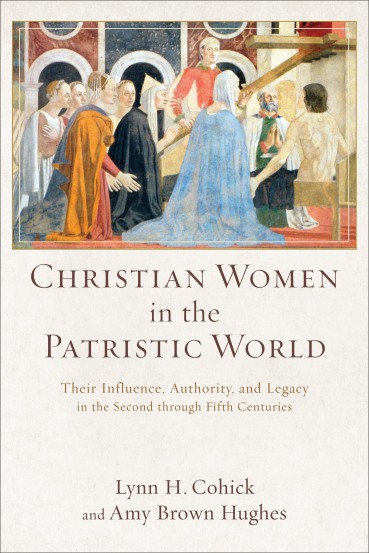 When most of us took church history, we were introduced to dozens of men who defended the nascent community and/or led it during tumultuous times.  Names like Ignatius, Clement of Rome, Justin Martryr, Athanasius, Theodore of Mopsuestia, Gregory of Nyssa, and Augustine were just a few of the men we studied.  But fortunately the record of many women who defended and led the church still exists, and there are scholars eager to tell their stories.

In their own words this “book will educate readers who are exploring the patristic period about the lives of the most important women from this period, so that their influence can be better integrated into the history of the church.”  And that is the story they tell, a story of integration. They do not silence the men who contributed to the growth and development of the church, but they do correct them in gracious tones. I would characterize their approach to the evidence available as a “charitable feminism,” an advocacy for the role of women in church history as leaders, martyrs, examples in their own right, understood against a culture that in ways were hostile to women who dared to speak outside the private, domestic fear (though the male-public, female-private distinction is often overblown).  Both Cohick and Hughes clearly appreciate the cultural limits placed people living in 1500-1800 years ago.  Few of us have eyes to see beyond our own cultural limits.

If you are interested in church history—particularly the formative centuries that brought Christianity from its status as a persecuted sect to one of the most influential forces in the west—you will want to get and read this book. Don’t think you can claim any expertise in the history of Christianity, if you don’t take into account the contributions of Macrina, Felicitas, Thecla, Perpetua, Egeria, Helena and many others.