Honor and shame serve as primary motivational factors in keeping order and perpetuating the ideals of a society.  Honor is the recognition or attribution of respect, worth, and approval by one’s peers.  Shame is the removal of respect or disapproval by one’s peers based upon community-recognized standards.  Since human beings are by nature communal, the pursuit of honor and the avoidance of shame shape behavior in powerful ways. 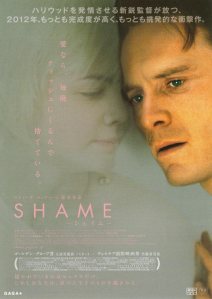 Honor could be based on a number of factors including family, wealth, education, skill, social connection and accomplishments.  These, of course, were not monolithic.  A person might not be born to an honorable family, but they could always be adopted into a more prestigious line.  Likewise, people may gain honor by increasing their education, expanding their social circles, or doing something honorable.

Shame would result from some sort of action deemed undesirable by the broader society.  Adultery, disrespecting one’s elders, fleeing from battle or being defeated by an enemy  led to shame and disgrace.  A shamed person could expect to be insulted, ostracized and, in extreme cases, face violence.  These actions did more than punish the dishonored; they also provided an example of what could happen if others violated community standards.  Further, groups might anticipate that those they had shamed would change their ways, re-enter the group and thereby reinforce the community values.

“Boasting” of one’s pedigree, training and experience could be employed to either answer challenges or dissuade opponents from attacking one’s honor in the first place.  Leaders were expected to remind others of their claim to honor in order to maintain order and preserve the honor of the group.  Paul’s frequent habit of boasting (e.g., 2 Corin-thians 11-12) is best explained as his response to theological opponents who have attacked his credentials and criticized his ministry.

To a significant degree sexuality [gender] played a role in matters of honor and shame.  Culturally, men occupied more public, civic functions while women took care of private, domestic affairs.  When these boundaries were crossed, it created disorder and shame resulted.  Some of Paul’s teachings on husband-wife relationships may reflect these social realities.  For example, Paul urges wives not to pray or prophesy with heads uncovered so as not to disgrace their husbands (1 Cor 11:2-16).  Likewise, he limits wives from speaking publicly in the churches while encouraging private conversations between husbands and wives (1 Cor 14:34-36; cf. 1 Tim 2:9-15)

While many societies today still operate with a strong sense of honor and shame, western societies now seem more motivated by material concerns.  Still, for the world of the Bible honor and shame were powerful factors in shaping societies.  In the last half of the twentieth-century scholars began to explore these social dynamics as part of the overall context of biblical interpretation.