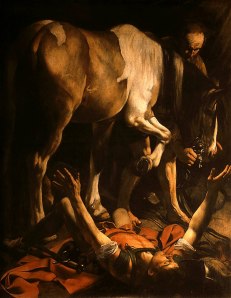 The apostle Paul succeeds in his Gentile mission due in large part to a network of Christian brothers and sisters he began to establish shortly after his call to be an apostle (Galatians 1-2).  Depending upon how broadly the term is defined, eighty to ninety people are described as Paul’s co-workers in Acts and the NT letters attributed to him.  Some appear to relate to Paul as equals (e.g., Barnabas, Apollos, Aquila); others as subordinates (e.g., Timothy, Titus, Tychichus).  Some work closely with Paul (e.g., Timothy, Luke, Silas); others independently (e.g., Apollos, Prisca, Barnabas).  Some carry out their work primarily in a local setting (e.g., Philemon, Euodia); others travel with Paul or serve as his delegates when he cannot travel (Luke, Timothy, Titus).  Still, all of his co-workers act cooperatively with him in a wide variety of mission activities.

In his letters Paul refers to these associates by a variety of terms including “co-worker” (sunergos), “apostle” (apostolos), “brother” (adelphos), “minister” (diakonos), “fellow servant” (sundoulos), “fellow-soldier” (sustratiōtēs), and “fellow-prisoner” (sunaichmalōtos).   These terms are not synonymous, although various designations can complement others.  The types of services these associates provide Paul and his congregations depend primarily on the gifts given to each (e.g., Rom 12:6-8; 1 Cor 12:4-11).  Co-workers assist Paul in his travels, in his preaching and teaching ministry, in hosting church gatherings, in repairing problems in the churches, in meeting his needs while he is in prison, and in writing letters.  When Paul establishes a church, he identifies and trains local leaders to work in cooperation with him. He instructs leaders and congregations in person when present and by letter when absent.

We should likely distinguish between “apostles of Jesus Christ” and “apostles of the churches.”  The phrase “apostles of Jesus Christ” refers to individuals who have seen the risen Jesus (1 Cor 9:1) and have been commissioned directly by him.  While the term “apostle” may be used narrowly to refer to “the Twelve” (e.g., Acts 4:35-37), Paul uses it more broadly to refer to others including himself, Apollos and Barnabas.  The phrase “apostles of the churches” extends the usage further by referring to individuals chosen and commissioned by local congregations (e.g., Epaphroditus [Phil 2:25] and Andronicus and Junia [Rom 16:7]).

Remarkably Paul designates a number of women as “co-workers,” “ministers,” and “apostles.” Phoebe, Euodia, Syntyche, Apphia, Priscilla (= Prisca), and Junia exercise leadership locally and serve as traveling missionaries.  These women assist Paul in a variety of ways. The more affluent serve as benefactors, providing lodging, hospitality, and opening their homes to gatherings of the local churches.  Women gifted otherwise are involved in ministries of preaching and teaching.

Some of Paul’s co-workers contribute to the letters that he writes.  Eight of the thirteen letters attributed to Paul name co-senders.  As “apostle of Jesus Christ” Paul’s name and titles appear first followed by the names of others including Sosthenes, Silvanus ( = Silas), Timothy, and Titus.  The extent of their contribution is unclear, but it is likely that they have some role in composing the letter.  Likewise most of Paul’s letters bear the distinct marks of secretarial influence.  The secretary’s role may vary from letter to letter or section to section within a single letter.  At times a secretary may take dictation from the author; at others he may take on more of an authorial role.  The only named secretary in Paul’s letters is Tertius (Rom 16:22).  His greeting “in the Lord” demonstrates that he is not a hired pen but a co-worker in the mission.  In the final analysis Paul’s letters are not products of a single mind.  Properly understood, his letters are a collaborative enterprise, an interchange of ideas and traditions between Paul, his secretaries and his co-senders.