So, here is an interesting question: did Jesus have all his teeth?  Now I’m not asking whether Jesus was born with a full complement of primary (or baby) and permanent teeth.  I’m wondering whether Jesus had all his teeth when he left behind his private life in Nazareth for the more public life of an itinerant preacher and healer.  According to Luke, he was “about 30” at the time. The question was prompted by two things.  First, a conversation with colleagues, Dr. Randy Richards, dean of theology at Palm Beach Atlantic University, and Dr. Rodney Reeves, dean of theology at Southwest Baptist University in Bolivar, Missouri.  We had co-authored a book in 2007 entitled Rediscovering Paul (InterVarsity).  Randy had been a missionary in Indonesia for 10 years and had worked closely with indigenous populations far removed from the kind of health and dental care available to most western people.  Second, last week I was in Boston and visited the Peabody Museum at Harvard.  There was a photo-exhibition of indigenous people from Papua New Guinea.  I noticed that most people photographed were missing teeth.  Many of those people were of the same age as Jesus when he started his public ministry.

This may sound like strange question.  I can hear someone say, “Of course, Jesus had all his teeth.  This is America and we have the best health care and dental care in the world.”  Someone else might state, “Of course he did.  I have seen the movies.  Jesus was a good-looking, leading-man type.  Taller than most.  He was a bit somber, but he did smile and I’m sure he had all his teeth.” Someone else might declare in good faith, “Of course he did.  He was God’s Son.  He may have been human but God the Father would have protected him from tooth decay and other disgusting human maladies.” 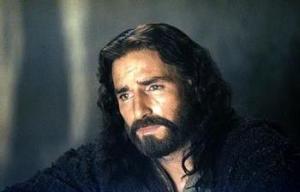 Now this is first of all a historical question and historians base their conclusions on evidence.  That evidence comes primarily in two kinds: literary and material.  Literary evidence refers to written documents composed roughly from the relevant time period.  Material evidence refers to the kinds of things archaeologists can dig up.  To answer my current question we would need some physical description of Jesus from a contemporary source and the body of Jesus to examine.

The earliest sources we have for Jesus (Christian and non-Christian) provide no details of his physical appearance.  We don’t know how tall he was.  We don’t know the color of his skin, his hair, or his eyes.  The sources provide no description at all.  We assume he had a beard based primarily on what was customary for men at the time.  Now this may strike us as strange given our level of interest in peoples’ physical appearance.  But our interests are different than the ancients’. Ancient biographies—the NT Gospels are types of biographies—were most interested in what a person said and did.  That was the measure of a man, not the color of his eyes or the strength of his jaw.

So there is no literary evidence.  What about material?

Well, if Christianity is correct, then the body of Jesus was transformed into a new kind of body at the resurrection on the first Easter.  Therefore, no human remains would be available to examine.  If Christianity is not correct, then the bones of Jesus could still be among us.  The problem is: how would we know if we found them?  Assume for a moment we unearthed a bone box (an ossuary) marked with the name “Jesus, son of Joseph.”  Would that prove that we had discovered the remains of Jesus.  No.  Both Jesus and Joseph were common names at the time.  To date no one has made a credible case that the bones of Jesus have been identified.  So there is no material evidence to examine in order to shed light on this question. 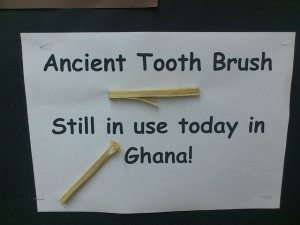 OK, if we have no literary evidence or material evidence to go on, what do we do?  Well, we proceed cautiously and consider the experience/culture of people who are roughly analogous to the time of Jesus.  What happens generally to people who are 30 plus years old who do not have access to fluoride in the water, modern toothbrushes, toothpaste, dental floss, and the kind of dental care we are accustomed to.  Now this is not to say that Jesus and his contemporaries had no dental hygiene at all.  We know that ancient peoples used chew sticks, bird feathers, and twigs to clean their teeth.  We know too that Greeks and Romans had developed what we might call toothpastes that were rubbed onto teeth with their fingers or rags. These methods were better than doing nothing at all. But even with these we don’t have to look far around the world to see that many adults in their 20s to 30s begin losing their teeth to decay and periodontal disease.  In fact most people who have no access to dental care begin losing teeth in their 20s.

Tooth decay is caused by a combination of bacteria and food.  Bacteria feed on the sugar in the foods we eat to create acids and those acids break down our enamel causing decay.  Enough decay means we lose the tooth.  The normal diet in Jesus’ time would not have included as many sugars as ours, but the wine people drank had some antibacterial properties.  But that was not likely to have been enough for people to have kept all their teeth into their 30s or 40s.

It is always a bit dicey to move from the general to the particular.  What is generally true for most people is not always true for an individual.  While most people in their 30s across the world with limited dental care suffer tooth decay and loss, we cannot say for certain what has happened to a specific person in the past.  So, did Jesus have all his teeth when he embarked on his public ministry?  Probably not.   We cannot say for sure.  But even if he had, no one listening to Jesus teach would have thought it strange because most everyone they knew of that age had lost one or more teeth.

Now, as I said, this is first of all a historical question, but since Christianity is a faith based in history there are theological ramifications as well.  In the next post we will explore some of those.