A few years ago I was asked to write the introduction to articles and essays by F. F. Bruce on biblical criticism.  Bruce (d. 1990) was a British classicist and well known New Testament scholar.  His judgments were always sober and insightful.  I never met Bruce but a good friend of mine was a student of his.  He has great stories about Bruce.  I did, in a way, meet Bruce through at least half a dozen books of his and articles I read.  He was one of the most influential Protestant biblical scholars of the 20th century.  His book Paul Apostle of the Heart Set Free was my first or second serious academic work on Paul

These essays are accessible and helpful.  It is available in ebooks.  Look for the title. 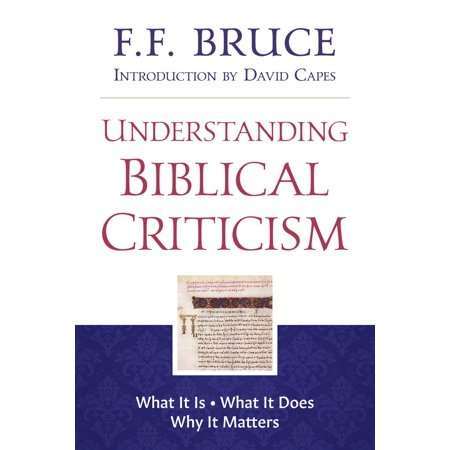