I continue to work through the preface to the second edition of Larry Hurtado’s ONE GOD, ONE LORD.

Regarding precedents for the worship of Jesus in early Christianity . . .

Hurtado appreciated Loren Stuckenbruck’s work on the veneration of angels and the Christology of Revelation (Angel Veneration and Christology, WUNT 2/70 [Tubingen: Mohr-Siebeck, 1995]).  He found Stuckenbruck’s conclusions largely in line with his own.  In his study of Jewish magical texts, angel veneration, and the angelic responses to humans, Stuckenbruck admits there is nothing like an organized cult of angel worship among Jews prior to or during the time of Jesus.  So, there is no precedent for the worship of Jesus in the Jewish posture toward angels, even principal angels. 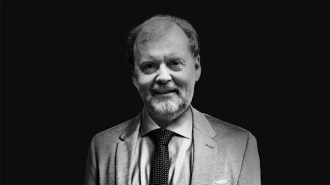 Clinton Arnold’s book (The Colossian Syncretism: The Interface between Christianity and Folk Belief at Colossae, WUNT 2/77 [Tubingen: Mohr Siebeck, 1995) also garnered attention from Hurtado.  In particular, devout Jews clearly had an interest in angels, but they did not organize themselves into religious communities gathering to worship or pray to angels as divine, or alongside the God of Israel.  What Hurtado and others demonstrated was that Jewish monotheism was elastic enough to allow for divine agents, like prinicipal angels, to be included in close association with God without somehow giving up on their commitment to God’s oneness.

Another criticism leveled toward Hurtado’s work has to do with whether the early Christians’ actions toward and beliefs about Jesus amounted to worship. Hurtado says yes and he details a number of these.  We will consider those in a future post.  But Jimmy Dunn regards these phenomena as adoration and not worship (see Theology of Paul the Apostle [Grand Rapids: Eerdmans, 1998], 257-60.  An analogy I’ve heard Dunn use is this: Catholics and (some) Protestants adore Mary but do not worship her.  Early Christians like Paul, Dunn believes, did gather and offer remarkable devotion to Jesus but that did not constitute “worship” as Jews worshiped the God of Israel.  This phenomenon does take place, eventually, but it is not as early as Hurtado alleges.  You can see my summary and review of Dunn’s arguments here.

Hurtado does conclude that in the first two decades of the Jesus movement there is a “binitarian” pattern of worship that sets Jesus as a rightful recipient of worship along with God.  This is not ditheism (belief in and worship of two distinct figures), but a different pattern that includes Jesus within God in some important way.  So that to bow the head and bend the knee to Jesus is the will of God and constitutive of proper worship (Phil 2.9-11).