One of the most significant movements now in missions and missiology is the orality movement. Orality is the recognition that not all people can read or prefer to read, most of us learn by what we hear.  How often have you turned to watch a YouTube video of how to fix something rather than turning to the written manual?  And you’re a literate person, right?  Or else you couldn’t read this blog.  The orality movement recognizes that most learning throughout most of history has been based on what was heard, said, and—we might add—seen. 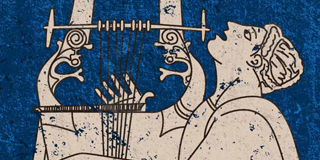 The International Orality Network is a network of scholars, church leaders, missionaries, evangelists, and business leaders who are rediscovering the power and truth of oral learning and story-telling.  It is truly changing the way we do business, teach, train, and do missions around the world.

Those of us from the text-based world at one time conducted missions this way.  A missionary would arrive in an area of unreached people.  He or she would spend time with people and learn their language.  Then two things had to happen: first, the language would have to be committed to writing; and second, the Scriptures would have to be translated into the target language.  Then the people  would have to be taught how to read before they could read the Scriptures.  Often, because they were in an oral culture, the only thing they had to read or could read were the Scriptures.  Now there is nothing wrong with this strategy; it is a good process.  It has helped to spread the Gospel in many places in the world.  But what if we could shorten the process by recognizing the power of storytelling and orality.  Then the missionary, after learning the language, could selectively begin to tell Bible stories and teach others how to tell those same stories.  As people in the orality movement say, this method is  “simple and reproducible.”

You might think this would work just fine in illiterate cultures but what about cultures that are highly literate like our own.  Good question.  The fact is that many people who can read and write prefer to learn in ways other than by reading a text.   These are called oral preference learners.  They may be living next door or in your own house.  I don’t know the exact numbers but there is a larger percentage of college graduates who never read a book after college (I’m not sure they read a book in college).  And the Bible is a big book.  People may read short items: webpages, blogs, newspaper articles, but getting them interested in a book with over 780,000 words, not likely to happen.

Orality offers us a significant step forward in sharing the gospel and living the gospel.  In the great commission Jesus instructed his followers to go, make disciples through baptizing and teaching others all that Jesus had taught them.  And what was Jesus’ preferred teaching method? (trick question) . . . orality. Sunday school teachers, small group leaders, pastors, educators, missionaries, and heads of charitable organizations across the world are learning the power of orality.   Pastors are changing their preaching to contain more orality and it is transforming their preaching.  An orality training event may be coming to your city soon.  If so, go and take part.  It is fun and exciting to HEAR what God is up to.