Here is the fourth and final part to a series on Paul’s missionary strategy. Make sure you go back and read parts 1-3.

Revisited When He Could

A close reading of Acts and Paul’s letters demonstrates another important aspect of Paul’s missionary strategy. Whenever possible, the apostle returned to the churches he founded for encouragement, correction, and support. These benefits could go both ways; that is the nature of reciprocal living within the body of Christ. The Christian life is life together, a shared journey, a common purpose and destiny. One of the key phrases we see in Paul’s writings is “one another.” Constantly Paul exhorts his followers to walk in his paths and “greet one another,” “love one another,” “forgive one another,” “encourage one another,” and so on. Paul knew that the Christian life could not be lived alone; it had to be lived in relation to “one another.” But Paul also knew that his churches continued to need his wisdom, passion, and spirit if they were to be successful. 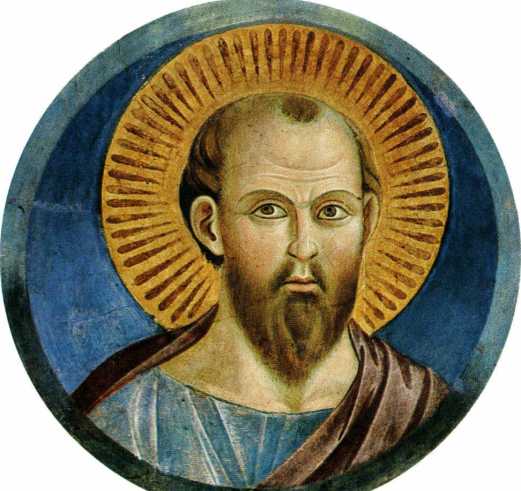 There were times when Paul couldn’t return to a church he founded because he was either in prison or he was involved in another ministry. So when he couldn’t visit himself, he sent his coworkers as his representatives. These were not short-term associates, interns, or someone conveniently available. These were people who had walked with Paul through thick and thin. These were men Paul could trust. When his delegates arrived and stood before the community, they spoke for Paul and acted as his hands and feet in the church until Paul could be present again with them.

Although Acts never mentions it, Paul was a prolific letter writer. We don’t know how many letters he wrote to churches and individuals, but the New Testament contains 13 letters under his name. He likely wrote many more. When Paul couldn’t revisit a church or when he didn’t have a designated delegate to send, Paul wrote a letter. His letters were a substitute for his presence. Paul’s letters were not like our random email or quick phone calls; his letters were literary events. They took a long time and a lot of material resources (in our economy that would mean hundreds of dollars) to produce and send to his churches. Paul’s letters were collaborative efforts with coworkers, secretaries, and patrons. The courier who carried his letter not only delivered it, but read it to the gathered church. (Remember, not everyone could read or read well enough in front of a crowd.) It was the courier’s task to interpret Paul’s mood or teaching. In the end, Paul’s letters have become his lasting legacy.

When Paul preached the crucified Christ, those he baptized knew they were becoming a part of something greater than their local community. Through faith they were entering into God’s covenant with the patriarch Abraham, a covenant of promise for a world-wide blessing. In this sense, Paul connected his churches to the past. But Paul also connected his churches to the present faith-in-Christ communities that dotted the landscapes of Judea, Galilee, Syria, Asia, and Greece. Paul’s churches shared leadership, financial concerns (for example, the relief offering for Jerusalem), and a common purpose/theology. They sang the same hymns, read the same Scripture, spoke the same confessions, and practiced the same sacraments (baptism and the Lord’s table). They were collectively the body of Christ, locally present in their various cities.  Today, denominational loyalties are on the decline. Because of this, contemporary churches can become more disconnected and isolated than in the past. Denominationalism, despite its dangers, has the advantage of linking churches to something outside themselves. With great affluence and impressive size some churches decide to go it alone, acting as if they don’t need anything outside themselves. Like an island to themselves, whatever they need, they grow (literature, leadership, missions, financial resources, and so on). At the same time, there is a growing, healthy ecumenism. Ecumenism focuses on commonalities rather than on differences. Like denominationalism, ecumenism has the advantage of connecting churches to the wider movement of God, drawing on shared liturgies and traditions, centering on a common mission and purpose, and developing financial resources and leadership. We have a rich history of great saints who have turned the world upside down. We are standing on their shoulders.  To paraphrase Paul: these things happened to serve as an example, and they were written to teach us, on whom the ends of the ages have come (1 Corinthians 10:14). The power and presence of the coming Kingdom are already here, operative in the church. Although we await the full revelation in God’s final and decisive act, He has given us the Scriptures (both Old and New Testaments) to provide us examples and models. Paul is just one of those examples, but what an excellent example he is! If we were to take his gospel and his strategies, and if we were to walk boldly in the Spirit as did he, then future generations might say about us: “They turned the world upside down.”

By David B. Capes in Uncategorized on September 30, 2016.
← Paul’s Missionary Strategy (Pt. 3) Echoes of Scripture in the Gospels →