I’m working on the final chapters of a book for Baker Academic Press, An Early High Christology: Paul, the Lord Jesus and the Scriptures of Israel. It should come out in fall 2017.  Along the way I’ve come across Daniel Boyarin’s book The Jewish Gospels: The Story of the Jewish Christ (New York: The New Press, 2012).  Boyarin is a well known Talmudic scholar, a professor at University of California, Berkley. 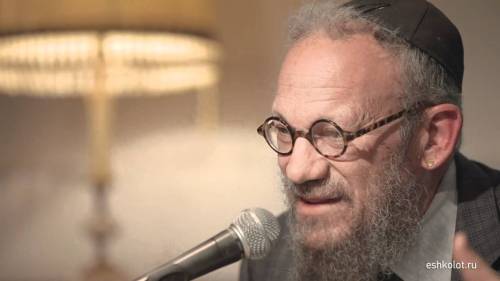 Boyarin makes a cogent case that for the first few centuries (AD or CE, if you prefer), the situation between Jews and Christians was complicated.  There were Jewish Jesus-followers who kept kosher and non-Jewish Jesus-followers who did not.  These seemed to exist more or less side-by-side in churches and synagogues up until the Council of Nicea (AD 325).  In important ways this was a time before the parting of the ways had occurred, and Judaism and Christianity were not distinguishable religions. In fact, Boyarin argues, the whole notion of what a religion is or is not is modern not ancient one.  In particular, movements were not set apart by checklists of beliefs or confessions as they are now.  Jewishness was then as it is now an amalgamation of ethnicity and practices.  As many scholars have argued, religious movements were distinguished by their practices more so than their beliefs.

Some Jews of the second temple period, Boyarin thinks, were expecting a second divine figure to be incarnated as a human.  He knows of course that this is a controversial statement but he goes about working through biblical and extra-biblical texts to make the case.

Christology, that is,  thoughts and ideas about Jesus’ significance, is first of all a “Jewish discourse” before it becomes an anti-Jewish discourse (p. 6).  Many Jews apparently accepted Jesus as God because they were awaiting a divine Messiah to come to earth in human form (incarnation).  Some of those Jews, predisposed as they were to these beliefs,  went on to accept Jesus as that divine figure.  Others said, “Not so fast” because they didn’t think this particular, unremarkable Jew fit the bill.

Boyarin’s entire project calls into question those interpreters, like Bart Ehrman and Maurice Casey, who think Jesus was a Jewish prophet who is exalted and came to be regarded as divine “in some sense.”  This escalation of Jesus from human to divine status took place, according to some scholars, outside Judaism where the constraints of monotheism were no longer viable. Boyarin regards Christology as a Jewish conversation through and through.

Boyarin’s book is worth a read.  I find myself in broad agreement with him about many aspects of the origins of Christianity.  For example, he challenges the accepted notion that the title “Son of Man” is a reference to Jesus’ humanity while “Son of God” refers to his deity.  I have for years contended the opposite.  The “Son of Man” designation links Jesus to  Daniel’s vision (ch. 7) of a heavenly figure who comes upon the clouds (a clear, theophanic description) and is granted an everlasting kingdom.  So “Son of Man” is actually a divine not human title (I’m aware of the debate whether “the Son of Man” is a title: I’m not arguing that here).  “Son of God” is originally a designation of the royal Davidic King (2 Sam 7:12-16; Ps 2:7; 4QFlorilegium), and therefore a human not a divine figure.  There are many other points of agreement I have with him.  What  I am not yet convinced that the belief in a divine-Messiah actually precedes Christianity.  What do you think?

By David B. Capes in Uncategorized on February 17, 2016.
← Marcion the Making of a Heretic The date of Easter →