On September 6, 2014 I attended a lecture at the Lanier Theological Library in Houston presented by Dr. Mark Movsesian. The title of the lecture was “Religious Freedom for Mideast Christians, Yesterday and Today.” Movsesian is Director of the Center for Law and Religion at St. John”s University in New York.  Essentially the lecture was about the religious freedom or lack of freedom for Christians living in the Mideast.  He looked historically first at the development of Christianity in that part of the world. Frankly, most Christians I know in America are unaware of all the flavors of Christianity living in the Mideast. Then he turned his attention to the way Christianity has been tolerated or not tolerated by Muslim leaders in that area since the ascendency of Islam on the Arabian peninsula.  He went on to describe the nature of the current threats to Christians. In no uncertain terms he stated that Christianity is the most persecuted religion today in the world.  For those of us sitting at ease in America, that seems hard to believe.  How can the largest religion in the world be suffering such persecution? Well, because in many places Christians are in the minority as they have been in Iraq and Syria.  In fact, Movsesian is convinced that Christian communities in the Mideast are going through one of the worst periods of persecution in their history.  And their history is no stranger to persecution. 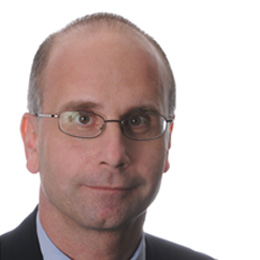 Movsesian is no light weight. Before he came to St. John’s, he clerked with Supreme Court Justice David Souter.  He is published in some of the most prestigious journals in the world: Harvard Law Review, Oxford Journal of Law and Religion, and American Journal of International Law.  The list is long.  So he knows whereof he speaks.  Two extremes must be avoided he says: (1) we must not think that ISIS or ISIL represents “real” Islam  and (2) we must not think that what is currently happening is anything new. What ISIS is doing has happened before. The current wave of violence and jihad is only the latest example of a pattern which appears from time to time.

Moderate Muslims are as uneasy as Christians living in the Mideast.  In fact, a larger number of Muslims have died in these conflicts since 1979–the year the American hostages were taken in Iran–than Christians or any other religion for that matter.  The moderate Muslims I know from the Ahmaddiya movement have been declared non-Muslims and stripped of their rights in Pakistan.  The Sufi Muslims in Turkey have been imprisoned, beaten, and killed by those in power in the last decades of the 20th century.  When I presented at a conference in London in 2007 exploring the contributions of Fetullah Gulen, Gulen’s followers were clearly intimidated by the presence and threats from the more extreme factions. It has been suggested that the reason moderate Muslims won’t speak out against the Islamic extremists is fear for their lives and concern for the well being of their families.  I don’t know.  You’d have to ask them.  I do know of many Muslims who do speak out courageously.  It would be great to see them gather, unify and lobby their nations.  It would be great to see Muslim countries rise up against ISIS and defeat them in the name of Islam.

There are “good” Muslims, of course, kicking against extremism but many of them are living and writing in the west.  In private conversation Movsesian told us about one scholar living in America who is advocating for the separation of mosque and state. Though it is no joking matter, he jokes to his friend he is just waiting for a fatwa against him.

Moderate Muslims have much to lose if they stand up against these extreme elements. But it may well be possible they have more to lose in the long run if they don’t.

By David B. Capes in Uncategorized on September 8, 2014.
← The Lanier Theological Library Other “Christianities” →